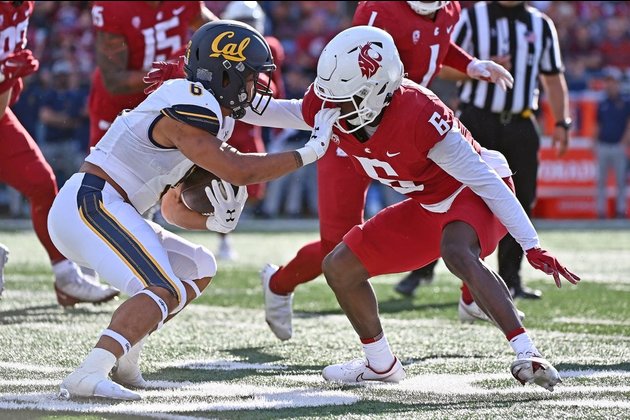 WSU's Cameron Ward completed 27 of 40 passes for 343 yards, with three touchdowns and two interceptions. He threw a 37-yard TD to Renard Bell with 12:00 left and a 1-yarder to Billy Riviere III with 6:19 to go to put the game away.

After leading 7-3 at the half, the Cougars took the second-half kickoff and went 75 yards in four plays, with Ward hitting Ferrel on a 17-yard scoring strike.

Following a scoreless first quarter, Ferrel returned a punt 34 yards on the opening play of the second. The Golden Bears' Elijah Mojarro was flagged for a 15-yard penalty on the return for continuing to play after his helmet came off, giving the Cougars the ball at Cal's 20-yard line. Three consecutive completions by Ward moved the ball to the 2, from where Jaylen Jenkins scored on a plunge.

The Golden Bears marched down the field on the ensuing possession before having to settle for Dario Longhetto's 42-yard field goal.

The Cougars reached Cal's 29 the next time they had the ball, but Ward threw into double coverage in the back of the end zone and Daniel Scott picked off the pass.

Ward was also intercepted in the end zone by Cal's Craig Woodson in the third quarter.