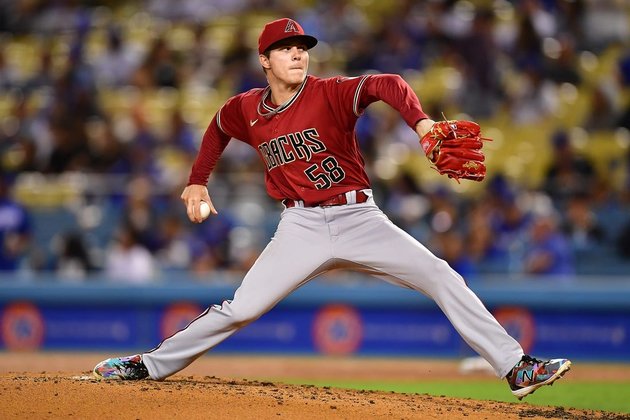 Impressive rookie right-hander Drey Jameson takes a crack at slowing down the rampaging San Francisco Giants when the visiting Arizona Diamondbacks take on their National League West rival in the second contest of a three-game series on Saturday afternoon.

The Giants (79-78) made it 10 wins in their last 11 games in the series opener, using two home runs from Evan Longoria and one apiece from Mike Yastrzemski and Austin Wynns as the foundation for a 10-4 romp.

San Francisco's surge has come exclusively at the expense of the Colorado Rockies and Diamondbacks, and included a 3-2 win at Arizona last Sunday in a game started by Jameson (2-0, 0.98 ERA).

The former first-round pick in 2019, promoted for the first time on Sept. 15, has pitched brilliantly in all three of his major league starts, allowing just two runs in 18 1/3 innings.

The 25-year-old shut out the Giants on five hits over 5 1/3 innings his last time out, but got no decision despite getting pulled with a 1-0 lead. The Giants eventually rallied behind a two-run single by Longoria and a solo homer by J.D. Davis.

Jameson has his teammates gushing at not only his pitching prowess but his overall athleticism.

"We've got a lot of athletes on this team, and I think the best one, probably in all aspects of being athletic, I think the best one pitched (against the Giants)," Diamondbacks outfielder Alek Thomas said of Jameson after Sunday's game. "He's a crazy all-around athlete. He's smaller than me. He weighs less than me. And he can jump out of the gym and throw 100 miles an hour."

The 3-2 victory was one of the few close games the Giants have had in their late spurt. The average margin of victory in the 10 wins has been 2.2 runs.

"It's the best feeling ever," said Giants veteran Wilmer Flores, who contributed a hit, a run and an RBI to Friday's victory. "It says a lot when every time we come to the ballpark, you're expected to win."

San Francisco has scored five, six, six and 10 runs since it last saw Jameson. Joc Pederson has been scorching hot over the four games with a homer, three triples and a double, going 7-for-13 with six runs and four RBIs.

Wynns has chipped in with four hits, including a homer, two runs and two RBIs in the last two games.

The Giants have not announced a starter for Saturday's contest, but that appears to be a mere formality. The plan is to once again use righty Jakob Junis (5-6, 4.28) as a bulk-innings reliever, which was his role in Sunday's win.

Taking over in the third inning, Junis dueled Jameson and the Arizona bullpen for 5 1/3 innings that day, allowing one run. He was credited with the win, snapping a five-game losing streak.