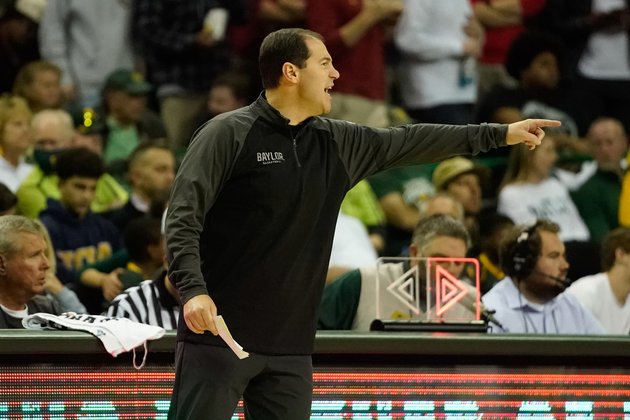 LJ Cryer had 15 points to lead No. 6 Baylor's balanced scoring in a 75-63 win over Arizona State in the opening round of the Battle 4 Atlantis at Paradise Islands, Bahamas.

Baylor (5-0) will play VCU in a semifinal game of the winner's bracket. The Sun Devils (2-3) will play Syracuse in a consolation bracket game. Both games are Thursday.

Cryer, who came off the bench, was one of five Bears in double-figure scoring.

Arizona State was led by 20 points from DJ Horne, who was 6 of 9 from 3-point range. He was the only Sun Devil who scored in double figures.

Arizona State starting forward Marcus Bagley missed his second consecutive game because of a knee injury. He did not travel with the team.

Cryer added 10 points in the first half.

Arizona State had 11 turnovers by halftime compared to Baylor's four. The Sun Devils did not make a field goal in the last 4:02 of the half.

The Sun Devils, who finished with 15 turnovers, could not come closer than 11 points in the second half.

Arizona State scored six unanswered points, a stretch that included Horne's fourth 3-pointer of the game, to cut the lead to 55-42 with 12:46 left.

KABUL, Afghanistan: Under new rules imposed by the Taliban government, women have been banned from appearing on television dramas in ...

DHAKA, Bangladesh - On Tuesday, a Bangladeshi Vijay Dutt (40), known as 'Momin,' was apprehended for running a sex racket ...

VERACRUZ, Mexico: Mexican authorities discovered more than 400 migrants in the back of two semi-trailers on November 19, traveling near ...

BASSE-TERRE, Guadeloupe: Protests against COVID-19 restrictions erupted into rioting and looting for the third consecutive day on the Caribbean island ...

VILNIUS, Lithuania: China has downgraded its diplomatic ties with Lithuania from ambassador to charge d'affaires level, in retaliation for Lithuania ...

EV chargers will be required in new UK homes by 2022

LONDON, England: Beginning in 2022, electric vehicle (EV) charging stations will be required in all new homes and businesses in ...

TORONTO, Ontario: Online food ordering firm Uber Eats has announced its alliance with Tokyo Smoke to enable the purchase of ...

TEMPE, Arizona: The email addresses of up to 1.2 million WordPress customers were stolen on November 17, web hosting company ...