The drilling at the MS1 Target in Mankouke South (the main resources target), demonstrates the mineralization continuity at depth and dipping west, which remains open. The host rock is the clastic sedimentary formations which extend from the surface. The mineralization then goes through the felsic intrusive which crosscut the sedimentary layers. The ultra high-grade zone which lies close to surface has also been reinforced by several holes such as RCDDMan21-136, which carried 4.66gpt over 41 meters from 100m, hole RCDDNAB21-131 with 3.18gpt over 26m from 32 meters and 3.67gpt over 21m from 7m, and hole RCDDMan21-124 with 3.08gpt over 24 meters from 19m.

Nana Sangmuah, President and CEO, stated, 'These additional results point to the excellent continuity and high-grade potential at our flagship Mankouke South target, which is the core area for establishing an economic stand-alone project at Kandiole.

The excellent high grade and near surface intersections should support a potential low strip high-margin starter pit, which would further bolster project economics. We'd also like to highlight several high-grade intercepts ending in fresh rock to be followed up with deeper drilling.

With approximately 16,000 metres of assay results pending from MS1, MS3, Kandiole, and other regional targets, we expect continuous newsflow in the coming weeks'.

Additional results from the main Southern Mankouke Zone (MS1) show the occurrence of mineralization where information was still pending in the geological model, confirming the continuity of the mineralization.

Additionally, Holes RCDDMan21-124, 131, 136,138 and RCMan21-0067 continue to confirm the high-grade nature of MS1, showing that mineralization is clearly defined with consistency over wide intercepts. The MS1 target has been traced over a strike length of 550 meters and as wide as 150 meters in certain parts.

The felsic intrusive displays an important impact in the gold-bearing history, having a major role in the alteration and mineralization event. 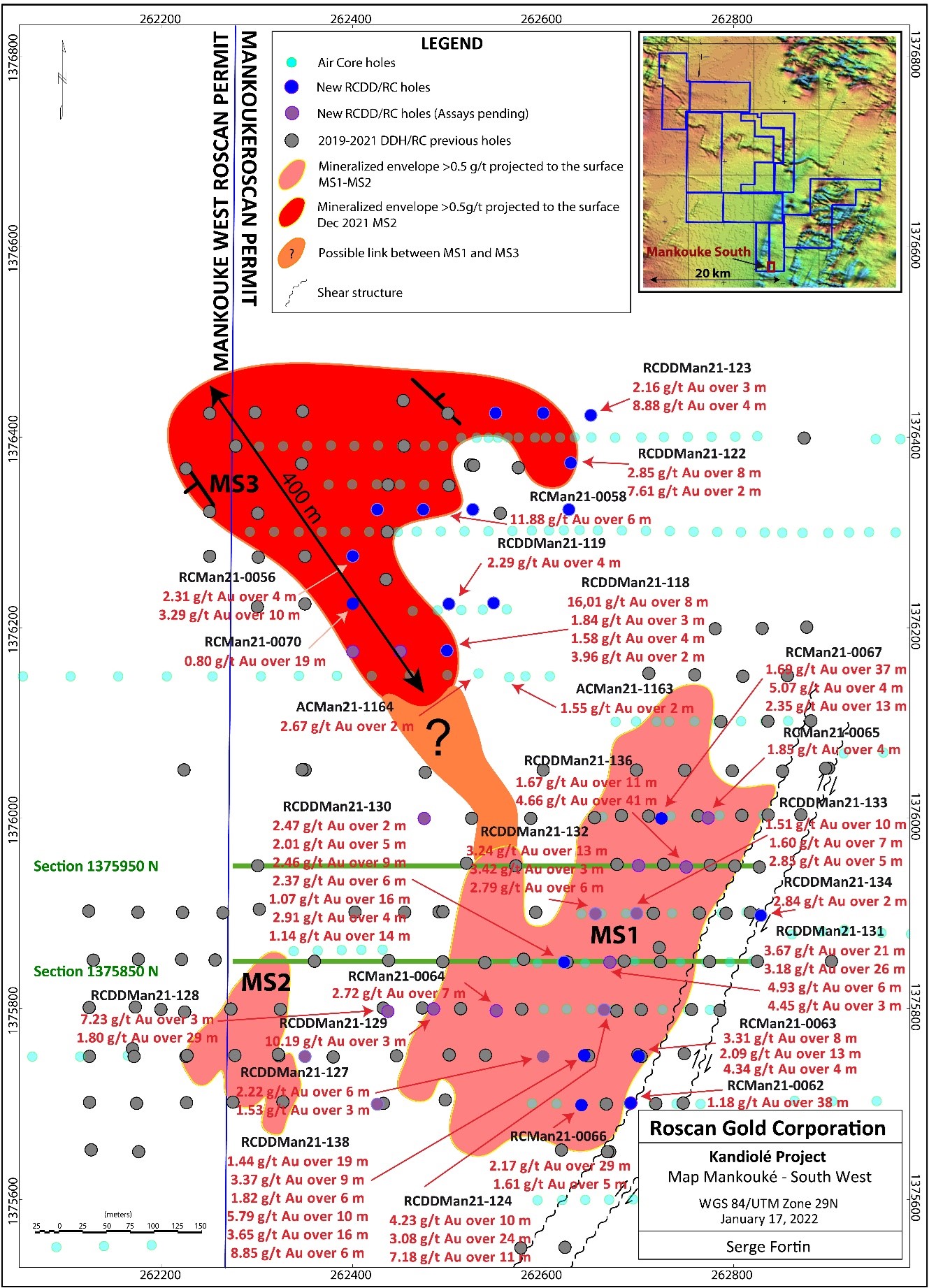 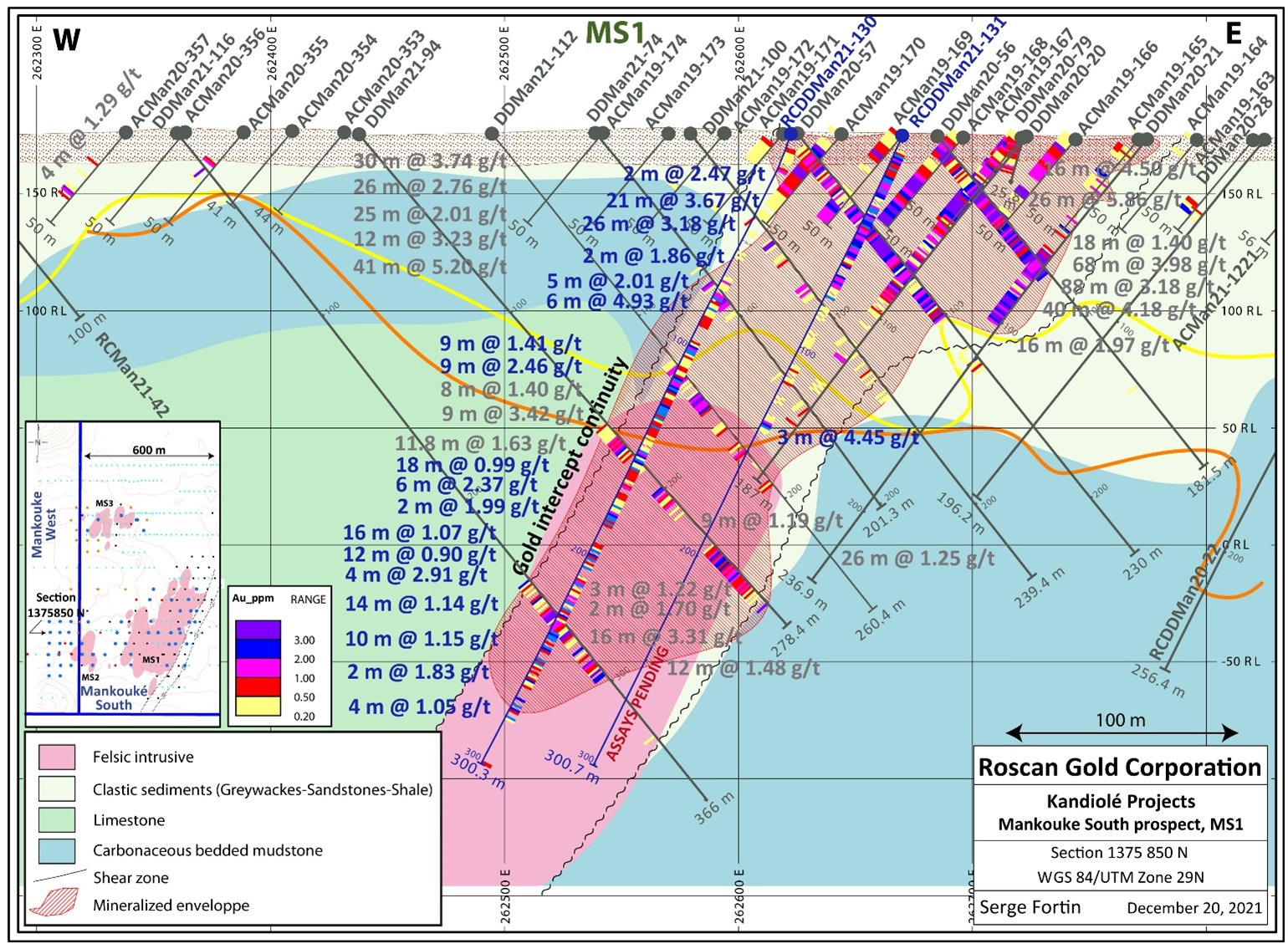 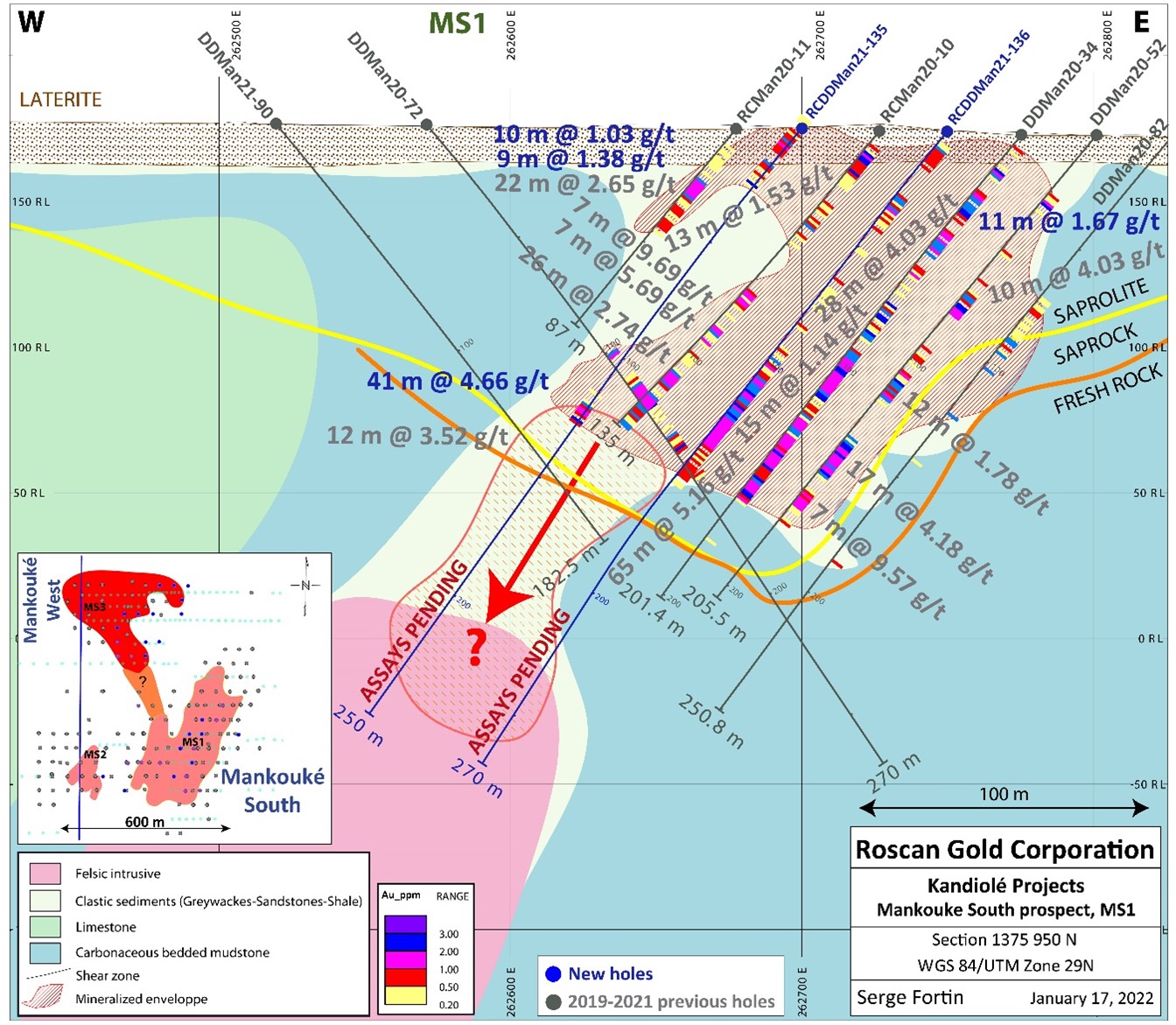 The gold mineralization at Mankouke South is located approximately 25km east of the Fekola mine (B2Gold Corp.), but also along a prospective major NE-SW structural corridor from Siribaya-Diaka (IAMGOLD Corporation) to Seko (Oklo Resources Limited). Gold mineralization in Mankouke South occurs within hydrothermally altered and sheared metasediments of the Kofi formation which include greywacke, limestone and diamictite but also in the edge of a felsic intrusive cross cutting the sedimentary package.

The Mankouke South mineralization is located within the sheared eastern limb of a fold directly above a footwall unit of finely banded and alternating graphitic shale and limestone referred to as the dirty limestone. The gold mineralization is associated with a strong alteration over several lithologies, mainly albite, silicification, ankerite and chlorite, with the sulfite occurrences (pyrite, arsenopyrite) but also fracturing and quartz veins and veinlets. In MS1 as well as MS3, the gold mineralization is often associated at the felsic intrusion and located in the vicinity of the contact with the clastic meta-sediment layers (greywacke-sandstone-breccia).

Roscan uses Reverse Circulation (RC) to drill until 120-150m and continue if it is necessary with a Diamond (DDH) type of drilling to reach the target. For this campaign, Geodrill drilled mainly the RC portion of the holes and Foraco the core to reach the target depth.

The samples are sent for preparation to the ALS Laboratories in Bamako, Mali and assayed at their analytical facilities to Ouagadougou for 1 kg Bottle Roll with atomic absorption finish including tail analysis for results more than 0.05ppm. 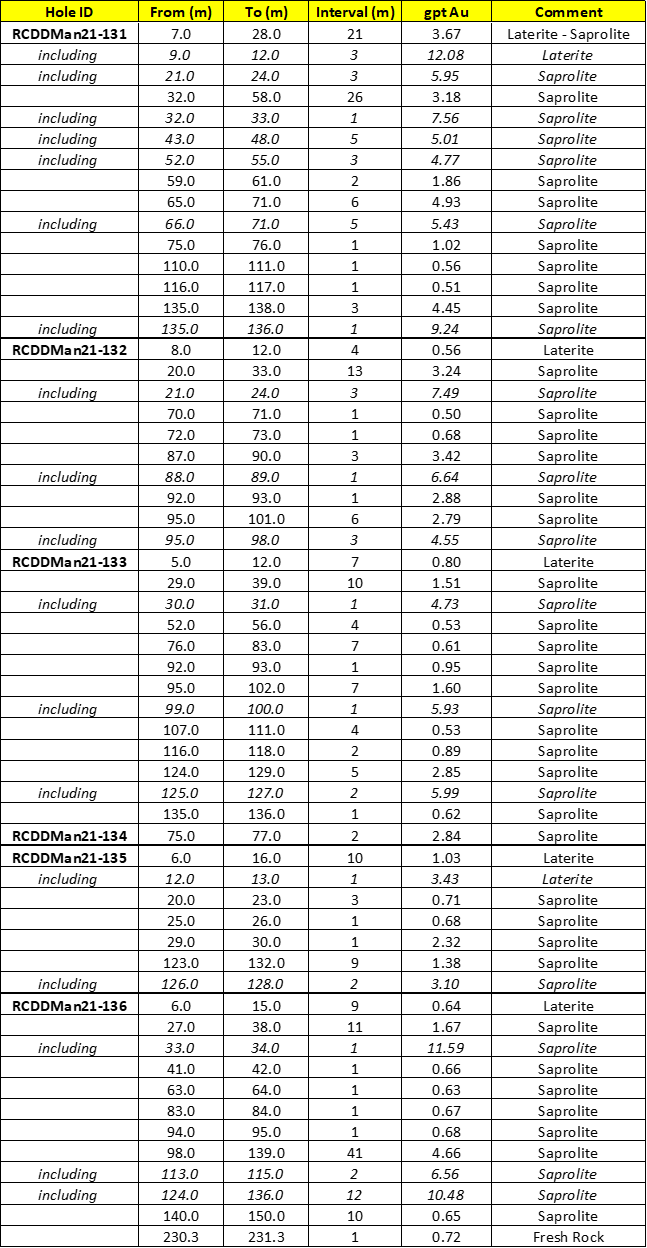 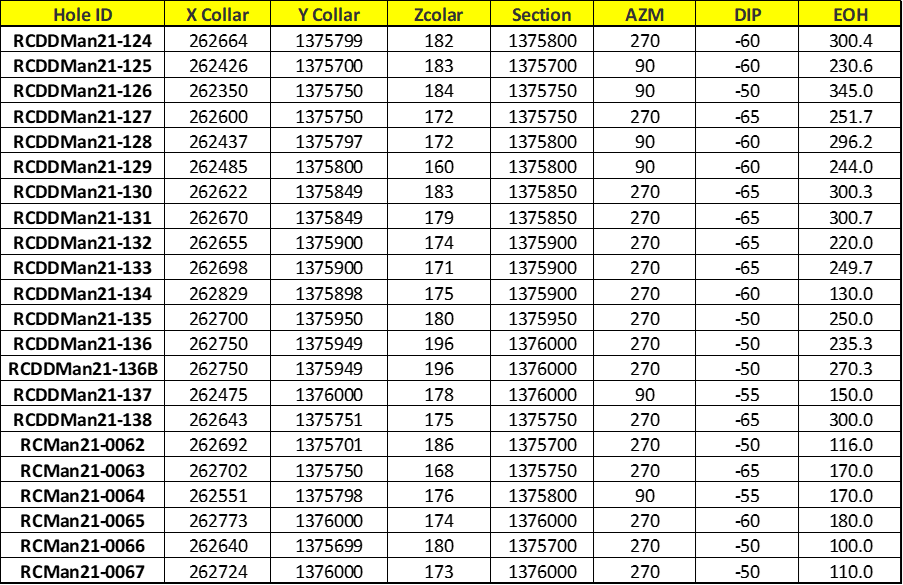 Greg Isenor, P. Geo., Director for the Company, is the designated Qualified Person for this news release within the meaning of National Instrument 43-101 ('NI 43-101') and has reviewed and verified that the technical information contained herein is accurate and approves of the written disclosure of same.

Roscan Gold Corporation is a Canadian gold exploration company focused on the exploration and acquisition of gold properties in West Africa. The Company has assembled a significant land position of 100%-owned permits in an area of producing gold mines (including B2 Gold's Fekola Mine which lies in a contiguous property to the west of Kandiole), and major gold deposits, located both north and south of its Kandiole Project in West Mali.