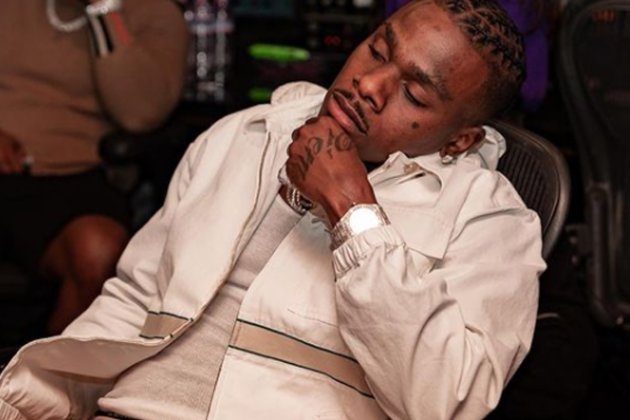 Washington [US], August 2 (ANI): After being dropped from the Lollapalooza lineup for his homophobic comments, American rapper and songwriter DaBaby who last week made Rolling Loud Miami has been dropped from the New York's 2021 Governors Ball lineup.

On Monday, in a tweet labeled "Stay tuned for a lineup addition," Governors Ball shared a new poster with DaBaby's name now absent from the September 24th lineup.

Along with it, they wrote, "Founders Entertainment does not and will not tolerate hate or discrimination of any kind. We welcome and celebrate the diverse communities that make New York City the greatest city in the world. Thank you to the fans who continue to speak up for what is right. Along with you, we will continue to use our platform for good."The wording of the message suggests that fan response played a role in the promoter's decision, although DaBaby has faced a firestorm of criticism in the wake of his patently homophobic comments made onstage about HIV/AIDS victims at the Rolling Loud festival on the weekend of July 23. His subsequent comments and half-baked apology about the situation only fuelled the fire.

According to Variety, though DaBaby remained on the Daytime Stage schedule for the iHeartRadio Music Festival scheduled to take place in Las Vegas next month. However, Lollapalooza, which issued a statement similar in tone to that of GovBall's, dropped the rapper from their Sunday lineup, bringing in Young Thug and G Herbo, as replacements.

His name has even disappeared from the lineups of European festivals, where he was scheduled to play, although sources tell Variety the rapper had cancelled those appearances himself due to travel issues some time ago.

During DaBaby's recent Rolling Loud performance, the rapper had encouraged the audience to put their cell phone flashlights in the air if they "didn't show up today with HIV/AIDS or any of them deadly sexually transmitted diseases that will make you die in two to three weeks," among further derogatory remarks about HIV/AIDS and LGBTQ people.

His comments quickly sparked backlash on social media, and DaBaby was pulled from his brand ambassador deal with Boohoo Man. He's drawn criticism from Questlove, Elton John, Madonna, and Dua Lipa, who first issued a statement and then reportedly removed their 'Levitating' remix from streaming service playlists. (ANI)

HADLEY, New York: On Monday, Corporal Walter Smead was buried at the Gerald B. H. Solomon Saratoga National Cemetery near ...