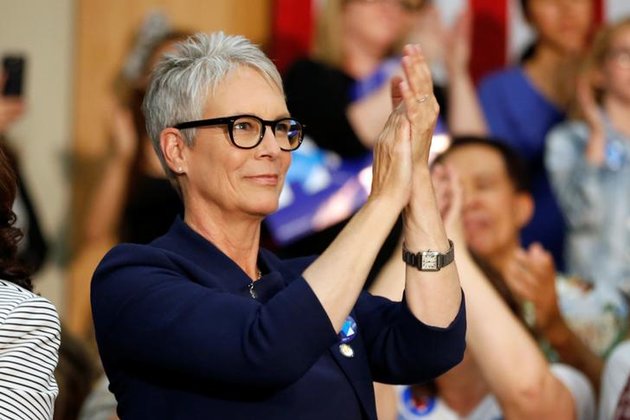 Washington DC [USA], Oct 23 (ANI): Jamie Lee Curtis is all set to produce a military drama 'Chain of Command' in collaboration with April Fitzsimmons and Berlanti productions which has received a put pilot order at Fox.

The 'Chain of Command' revolves around a young Air Force investigator who heads back to her hometown to be a part of a military task force, which is unwilling to take her. The character also has a strained family history which she must uncover to face the secrets that drove her away.

Fitzsimmons, an Air Force veteran, and Curtis herself worked on the plot with former writing the story. There might be a possibility that Curtis might act in the series as well.

This marks the second year in a row that Lee has set up a project at one of the broadcast networks. Last year, she produced a sitcom about a family-run funeral home. (ANI)

Obamagate is the latest conspiracy theory to be pushed by U.S. president, Donald Trump. It started on the morning of ...

SEOUL, South Korea - The South Korean government on Tuesday launched a 'no mask, no ride' policy on buses and ...

Tensions between Beijing and Washington add to world's Covid-19 woes

BEIJING, China - China said on Sunday that its relations with the United States were "on the brink of a ...

PARIS, May 26 (Xinhua) - French President Emmanuel Macron on Tuesday vowed to massively back the auto sector to help ...

HUAWEI WATCH GT 2e emerges as the bestseller on Flipkart

LOS ANGELES, California - California avocados gained access to the Chinese market as a result of the China-U.S. phase-one economic ...

How can the United Nations sustainable development goals improve health and education, reduce inequality and spur economic growth while the ...