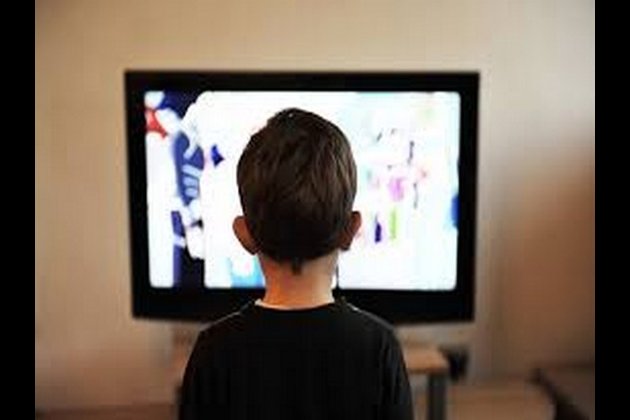 It is a concern because many exceed recommended levels of both sugar and caffeine, said lead researcher Dr. Katherine Morrison, a pediatric endocrinologist at McMaster and California State University -- Fullerton.

"There is a trend towards reduced energy drink and soda consumption between 2013 and 2016 which is our latest data, but greater electronic device use, particularly TV, is linked to more consumption of added sugar and caffeine among adolescents," she added.

Suggesting a possible solution to the problem, she added that "counseling or health promotion could potentially help."Why these aren't considered good is because they are linked to obesity, diabetes, dental cavities and poor sleep.

Distracted eating has been found to be linked to adults watching TV alone, so the research team looked at information on 32,418 students in Grades 8 and 10 from a national, repeated U.S. study called Monitoring the Future Survey.

The researchers found that it was evident that greater use of electronic devices, particularly TV, was linked to higher consumption of both.

An additional hour per day of TV was linked to a 32 per cent higher risk of exceeding World Health Organization (WHO) recommendations for sugar.

Each hour more per day of TV was also linked to a 28 per cent increased risk of exceeding WHO caffeine recommendations.

Each hour per day of talking on a mobile phone or using social media was also associated with increased risk of exceeding both added sugar and caffeine recommendations.

The researchers were surprised to find video game use was only weakly linked to more caffeine consumption.

"Given the marketing campaigns that target video gamers, we expected a particularly strong association between caffeine intake from energy drinks or sodas with video game use, but TV was linked more strongly," said Morrison. (ANI)

TEHRAN (Tasnim) - China on Wednesday defended the World Health Organization and lashed out at the US decision to withdraw ...

Bullying of International court and Bank of England laid bare

On January 9, 2020, Ambassador Karen Pierce-the United Kingdom's permanent representative to the United Nations-spoke at a meeting on the ...

Countries across the globe re-thinking reopening as coronavirus surges

As coronavirus cases around the world approach 11.5 million, governments are struggling with how to reopen their economies, leading some ...

North Dakota pipeline supported by Trump ordered to be closed

A U.S. federal judge ruled Monday that a controversial pipeline that runs through Native American lands in North Dakota be ...

QUEZON CITY, Philippines (PIA) -- Despite the global economic recession brought about by the COVID-19 pandemic, the Philippine economy remains ...

U.S. stocks on a roll, Nasdaq at new record high

NEW YORK, New York - Despite the number of Covid-19 cases in the United States topping 3 million on Wednesday, ...

In the past month, there's been an outpouring of support for Black Lives Matter from America's largest corporations.You might have ...

NEW YORK, New York - Stocks in Asia were mostly on Wednesday, in line with the sell-off globally a day ...

Vouchers instead of refunds in case of canceled flights disappoint