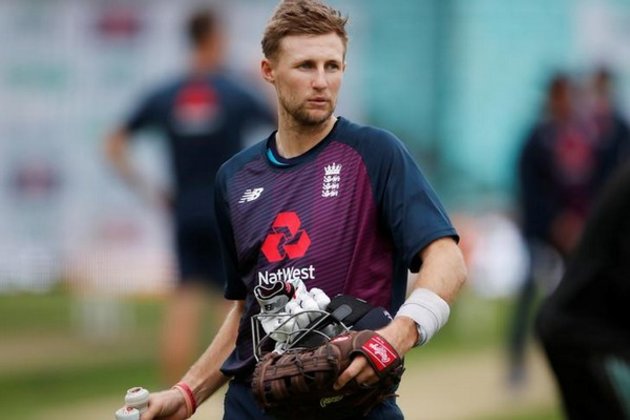 Dubai [UAE], Oct 23 (ANI): England Test skipper Joe Root wants to 'keep getting better' of himself and is eyeing spot in the T20 side.

"For me to get into the T20I side, it will mean that I have to keep getting better. If someone like Tom Banton comes in and sets the world alight, I've got to try to force him out in the limited opportunities I get to play," International Cricket Council (ICC) quoted Root as saying.

Tom Banton was picked in the T20 team and if he gets the opportunity in the playing XI it would be his debut game.

"If that happens, it raises the standard of English cricket in that format. That's the food chain that cricket is sometimes. You have to be at the top of it otherwise you get swept away and eaten up," Root said.

England had a long and busy home summer with back-to-back long assignments, first with the ICC Men's Cricket World Cup 2019, where they triumphed after a thrilling win in the final at Lord's, followed by the Ashes series against Australia that ended in a 2-2 draw.

Root was part of England's World Cup-winning squad and also played in the Ashes against Australia.

"I obviously scored runs in 2016 final and I've always felt that when I have had a block of that format, to really get stuck into it, I've generally done pretty well," Root said.

"I felt that was the case with the last T20 World Cup. It took me a couple of warm-up games over a two-week period beforehand to really get back into it," he added.

England will play the first T20I against New Zealand at Hagley Oval in Christchurch on November 1. (ANI)

WASHINGTON, DC - Under siege in the White House, President Donald Trump is aggravating America's latest racial anguish in a ...

JERUSALEM - Israel's defense minister apologized on Sunday for the Israeli police's deadly shooting of an unarmed Palestinian man who ...

DUBAI, UAE - The Dubai government is to relax restrictions on wearing face masks in public.Until Sunday, everyone regardless of ...

Something is Deeply Wrong in the American Psyche

Something is Deeply Wrong in the American Psyche. The Whole Thing about America is Wrong, Completely Wrong! A Sitting President ...

Americans continue to shun use of masks

ALEXANDRIA, VIRGINIA - At a grocery store in Alexandria, Virginia, customer Laura Shafor was dismayed about a couple who weren't ...

CO CORK, Ireland - A U.S. manufacturer of essential oils, health and wellness products is developing a manufacturing plant near ...

Dubai getting back to business after lengthy break

DUBAI, UAE - Malls throughout Dubai are slowly building their business after being dormant for some weeks due to the ...

SYDNEY, Australia - Stocks in Asia rallied sharply on Monday, as the U.S. dollar crumbled. The big winner on equity ...

News Corp's closing of its community and regional papers, with few remaining and others online-only, cancels centuries of beliefs about ...