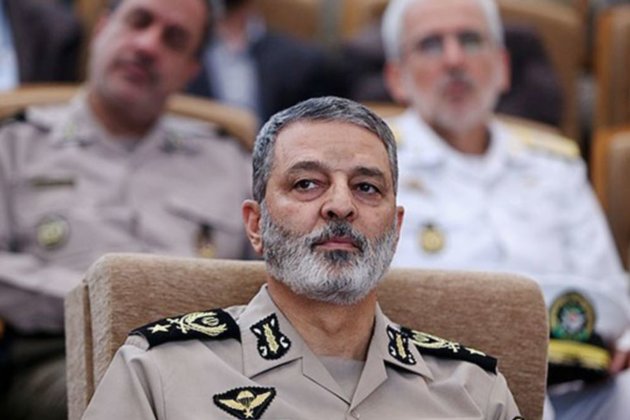 The maneuvers in Iran's Western Azerbaijan Province are being overseen by Iran's army chief, Major General Abdolrahim Musavi, according to state TV.

The reports did not mention the number of troops taking part.

The announcement of the drills comes as Turkey says it is about to launch an offensive into northern Syria.

'Turkey is rightfully worried about its southern borders. We believe that a correct path should be adopted to remove those concerns,' the state-run IRNA news agency quoted Rohani as saying.

He also said that U.S. troops "must leave the region" and Kurdish forces in Syria 'should support the Syrian Army.'

Based on reporting by Reuters and AP

WASHINGTON, DC - Under siege in the White House, President Donald Trump is aggravating America's latest racial anguish in a ...

JERUSALEM - Israel's defense minister apologized on Sunday for the Israeli police's deadly shooting of an unarmed Palestinian man who ...

DUBAI, UAE - The Dubai government is to relax restrictions on wearing face masks in public.Until Sunday, everyone regardless of ...

Something is Deeply Wrong in the American Psyche

Something is Deeply Wrong in the American Psyche. The Whole Thing about America is Wrong, Completely Wrong! A Sitting President ...

Americans continue to shun use of masks

ALEXANDRIA, VIRGINIA - At a grocery store in Alexandria, Virginia, customer Laura Shafor was dismayed about a couple who weren't ...

CO CORK, Ireland - A U.S. manufacturer of essential oils, health and wellness products is developing a manufacturing plant near ...

Dubai getting back to business after lengthy break

DUBAI, UAE - Malls throughout Dubai are slowly building their business after being dormant for some weeks due to the ...

SYDNEY, Australia - Stocks in Asia rallied sharply on Monday, as the U.S. dollar crumbled. The big winner on equity ...

News Corp's closing of its community and regional papers, with few remaining and others online-only, cancels centuries of beliefs about ...