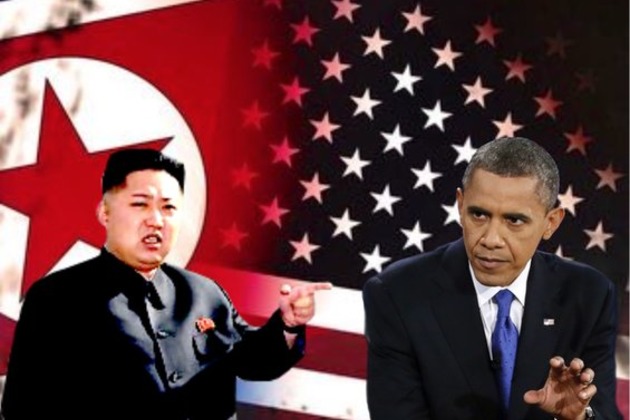 Satellite images taken on October 1 show activity at all three of the tunnel complexes at the Punggye-ri site, triggering concerns that the country could be preparing for another nuclear test.

38 North, a website run by Johns Hopkins University's School of Advanced International Studies that monitors North Korean activities, said, "There is no evidence of new excavation but there appears to be boxes or material around the side of the main building."

The test may be planned to coincide with the 71st anniversary of the ruling Workers' Party on October 10.

Further, experts have noticed a link between North Korea's provocative actions and the U.S. elections.

According to a study by the Center for Strategic and International Studies, the North's leaders have attempted to incite tensions around the time of American elections over the past six decades.

With the U.S. election only weeks away, the North's weapon's programme is "clearly targeted toward the next administration, and wanting to demonstrate they are a nuclear weapons state to the new president," Victor Cha, the head of Asian affairs at the National Security Council during the George W. Bush administration, and now a professor at Georgetown University, said.

Shocking the world on September 9, North Korea conducted its fifth nuclear test, leading to wide-spread international outrage and calls for a tighter round of sanctions, especially from the United States and South Korea.

The UN Security Council has been working on a fresh resolution to punish North Korea for not paying heed to international concerns.

The monitoring group said the activity at the site could be for a number of purposes, including "collecting post-test data, sealing the portal or preparing for another test." Images show a large vehicle and a number of personnel at the site.

A large canopy in a nearby parking lot has been in place for the past couple of months.

At the south portal, where excavation stopped in 2012, images show a group of people standing near a tunnel entrance, indicating ongoing work or maintenance.

Little activity was detected at Punggye-ri's main support area, and a few crates and possible vehicles were visible at the south command center.

The increasingly isolated country has defied all calls to end its nuclear weapons programme.

In January this year, it conducted its fourth nuclear-test, clear signs that it is stepping up the pace of its programme. The country conducted its first nuclear test in 2006.

In late August, the North test-fired a submarine-launched ballistic missile that flew more than 300 miles at a high angle, suggesting it could have gone much farther.

Analysts see a shift in North Korea's policy from symbolic actions to concrete military tests, since Kim Jong Un took power after his father's death in 2011.

There has been a marked jump in the number of North Korean weapons development tests, according to statistics from 38North, including 15 missile tests in 2016 alone.

Court orders US to reinstate 'Remain in Mexico' policy for migrants

SAN DIEGO, California: The Biden administration will return to a Trump-era border policy in which migrants will have to remain ...

WASHINGTON D.C.: The U.S. Transportation Security Administration (TSA) has confiscated a record number of guns at airport check-ins in 2021.TSA ...

UK to return to Nigeria statue taken in 1897

LONDON, England: A bronze rooster, taken from what is now Nigeria by British troops in 1897, will be returned to ...

BOLZANO, Italy: According to a scientific study published in the journal Current Biology, workers at a salt mine in Austria ...

BEIJING, China: An app used by Muslims throughout the world, Quran Majeed, has been removed by Apple at the request ...

SYDNEY, NSW, Australia - Stock markets in Asia rose on Tuesday in line with gains on other world markets overnight.Bourses ...

TAIPEI, Taiwan: Foxconn, the Taiwanese electronics giant that assembles Apple's iPhones, will unveil three of their own electric vehicles this ...

BEIJING, China: Amid anoutlook for cold winter temperatures, China's quest for obtaining larger volumes of natural gas is expected to ...

NEW YORK, New York - Stocks were mixed in the United States on Monday as market participants weighed up a ...

NEW YORK CITY, New York: Shares of Virgin Galactic fell up to 20 percent after the company announced that it ...

In the Heat of the Night